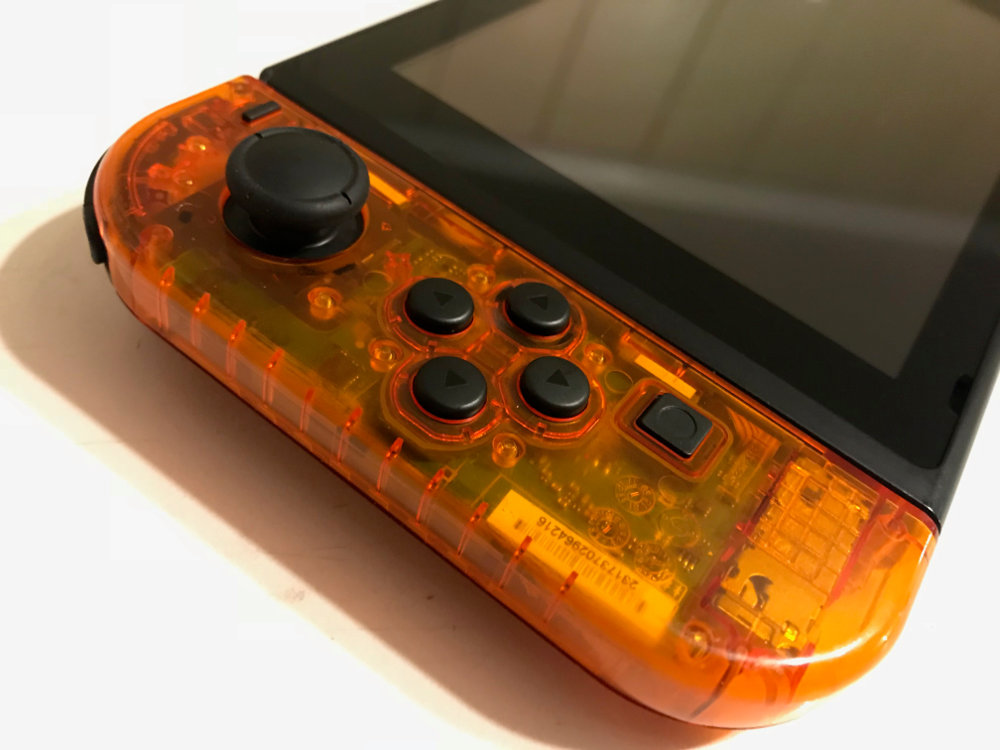 I’ve always loved the Funtastic Nintendo 64 consoles. The console of my childhood was gray, but that controller man… Atomic Purple was my jam.

Once I saw that you could get clear housings from Amazon and AliExpress, I was sold. And from having a hobby making and collecting props, I knew just how to color them.

The basic principle to dyeing plastics (or most anything) is that you need a dye that can be absorbed into the plastic (RIT is my go to for dyeing most things, but it only really dyes natural fibers, so we need a dye meant for plastics/synthetic polymers. iDye Poly works great for this) and heat. For maximum dye absorption (and therefor brightness) you want to heat up the water/dye combo as hot as the plastic can take without it melting/warping. After a few minutes, you take them out and dunk them in cold water to “seal” in the dye. You can then repeat a few more time for max color.

The Joy-Con are made out of ABS, which has no true melting/softening point, but according to Wikipedia, it’s generally usable up to 178°F/80°C. So heat up your water near there (I used ~160°F/70°C)
EDIT: I was told by someone from the YouTubes that the cloudiness was from getting them too hot, so maybe try 150°F/65°C and see if that still works well

I experimented first with the middle plastic piece that holds the battery inside the Joy-Con. I wanted to make sure the dye would work and the temperature wasn’t too hot before making the plunge.

I suggest you do this as well, because I definitely had the water too hot. The piece warped pretty badly. Becaues of this I just used the gray part one from the original. The only downside I see from this is that the little piece of plastic in between the triggers and bumpers is still gray, but you can barely tell.

So here is what I did:

Done! That was simple!

Now just take apart a set of Joy-Con and replace the parts. I’d recommend looking on youtube for tutorials on how to take them apart. I do, however, have a few tips for replacing the housings:

P.S. I also make a YouTube video documenting this experiment 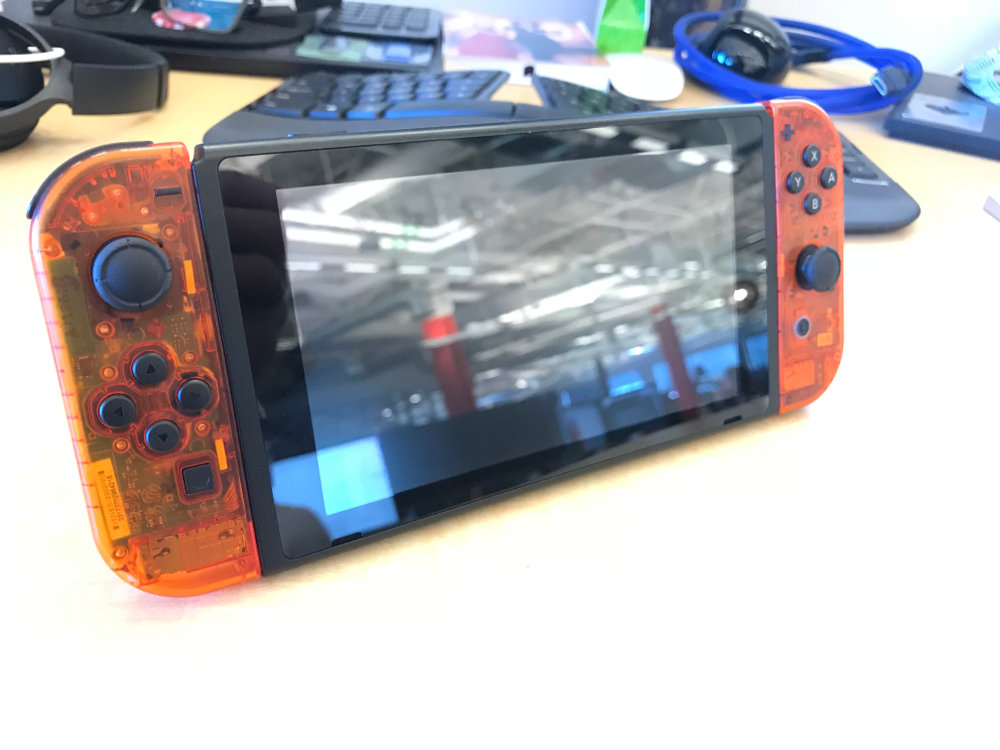 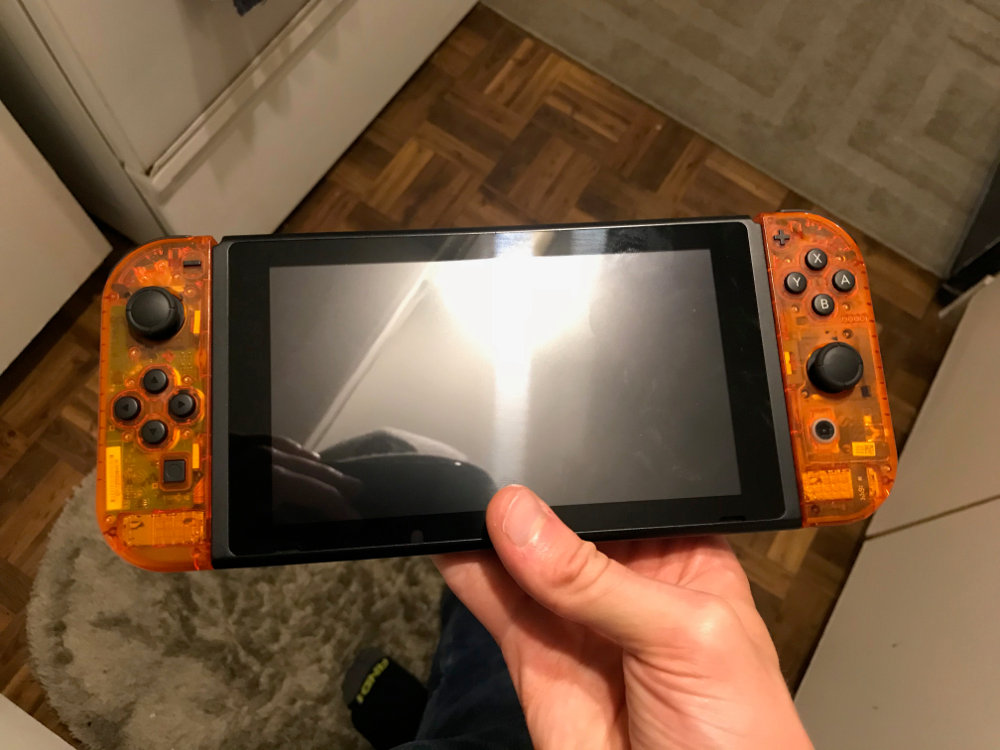 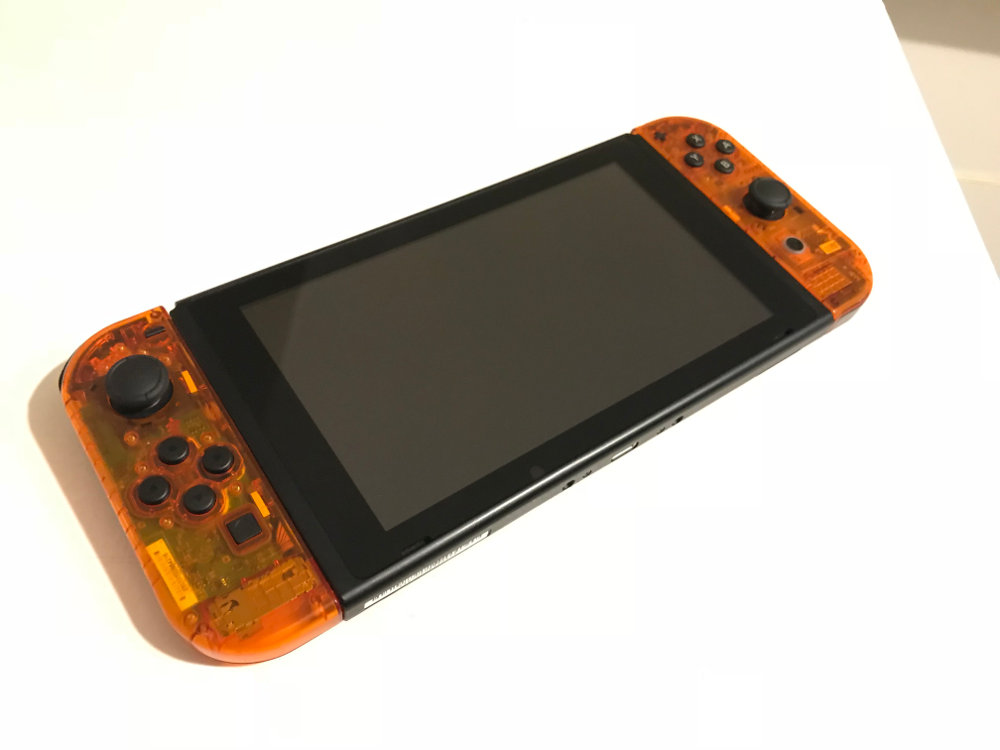 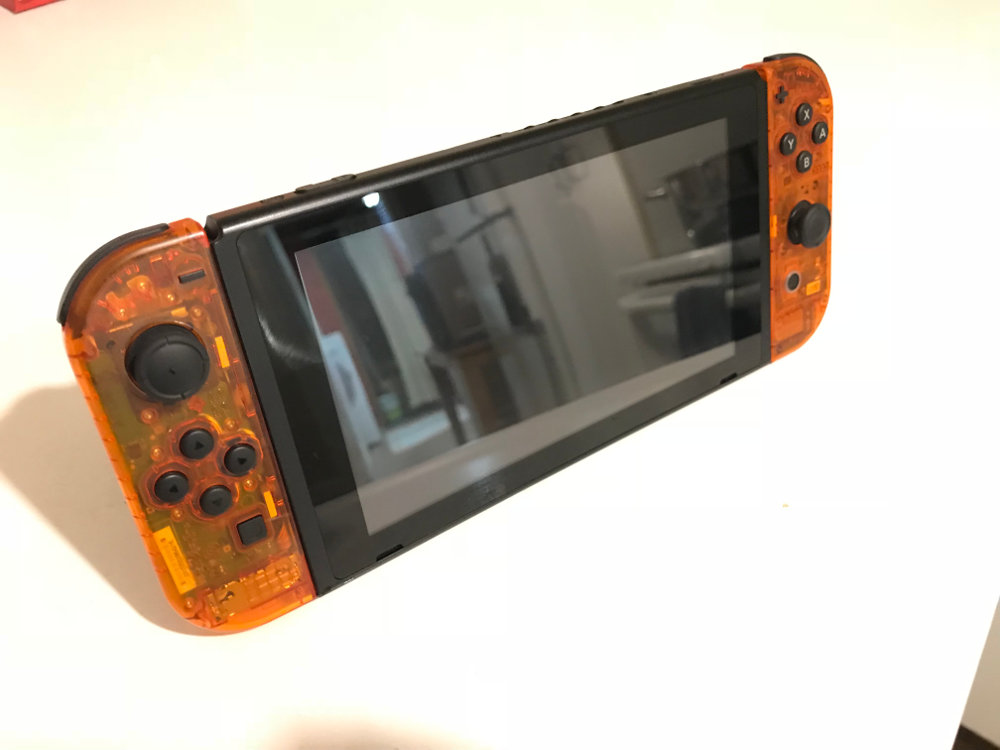 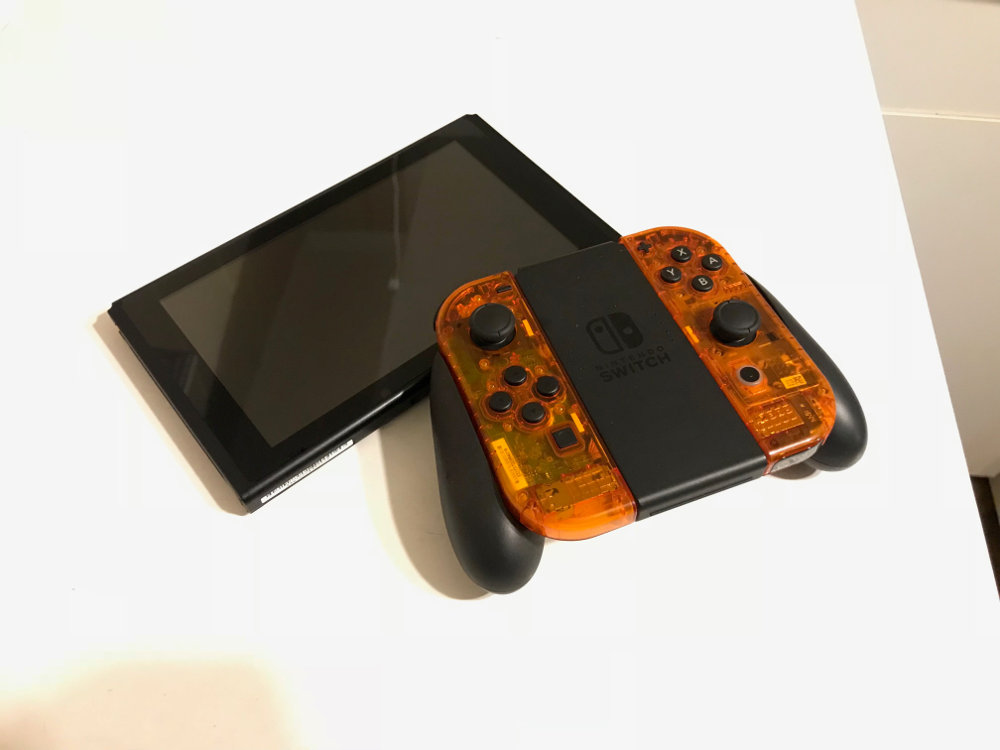 P.P.S. After all this effort and making/eding this tutorial and video, you can now purchase transparent colored Joy-Con from Amazon instead of clear ones. Most of them definitely look pretty good (with the possible exception for being too clear) compared to the true n64 colors. Fortunately, the Fire Orange seems particularly inaccurate ;)

As of my writing this, you can’t buy only the Joy-Con housings from them (you have to buy the back panel too), but hopefully that’ll change soon. If you like the look of the color you want I’d say it’s probably better to buy them instead of dyeing in most cases.

Still though, dyeing works great for that time when you can’t find the perfect color of housing, or just want to experiment and have fun.